On May 21, 2021, Dudley Williams, Board Chair of the CT Center for School Change, died after a long battle with cancer.

Dudley was a consummate leader, guiding the Center’s board with grace, seriousness, humor, and vision.  Under his leadership, the Center transitioned between two Executive Directors, expanded its reach, and deepened its impact.  It is an understatement to note that Dudley was respected and beloved by his fellow board members and Center staff.

Beyond the Center, Williams was CEO of the Mill River Park Collaborative and former Senior Vice President of Citizenship and Diversity for GE Asset Management.  Yet those important positions only hint at his influence, as much of his legacy resides in his immense public service.  He offered leadership and service to numerous organizations across the state and region, including the Urban League, Connecticut Science Center, Nellie Mae Education Foundation, Avon Theatre, and Stamford YMCA.

CT Senator Richard Blumenthal put it eloquently when he explained that “Dudley Williams was a magnificent, shining star of public service–a dedicated model and mentor for so many.”

On a personal level, Dudley was a coach and friend.  His encouragement and persistence changed the direction of my career.  Moreover, I am a better leader and human because of his guidance, and his model of public service will serve as a constant reminder that I need to do more–be more–on behalf of others.

Thank you, Dudley, for leaving this world in a better place than you found it.  You are missed. 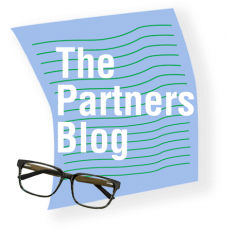